Wells, ME – In November of 2017, thirty-three professionals gathered at the Wells Reserve to share stories, swap insights, and reflect on challenges facing communities adapting to a changing climate. The gathering assembles professionals from Maine’s Climate Change Adaptation Practitioners and New Hampshire’s Coastal Adaptation Workgroup. Both networks engage with community leaders on improving climate and hazard resilience. The meeting has been jointly coordinated and sponsored annually by the Maine and New Hampshire Sea Grant Programs since 2013. 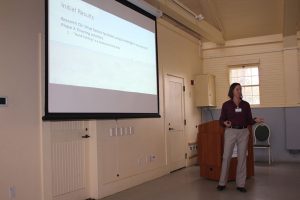 Keynote by Dr. Vanessa Levesque, University of New Hampshire, presenting initial findings from a study of knowledge co-production and use in NH coastal adaptation projects

Presenters discussed projects on business preparedness, transportation infrastructure and living shorelines. Participants learned about community perspectives on climate preparedness from places as close as Wells Beach and far away as the Netherlands. The keynote featured a study of local examples of research and technical assistance for decision making and provided recommendations on how to improve engagement between technical experts and community leaders to strengthen climate adaptation. 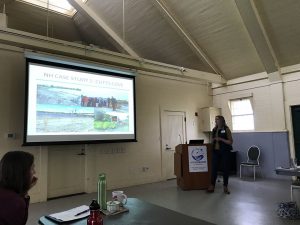 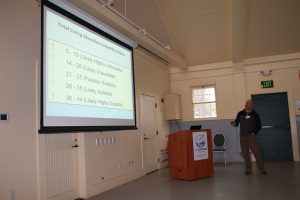 Participants are eager to learn and highly value the opportunity to regularly network with others involved in similar work. One participant elaborated this way: “I could feel that over the past few years of holding this event, a network/family is growing between the two states. We know each other well enough to be honest with each other.” 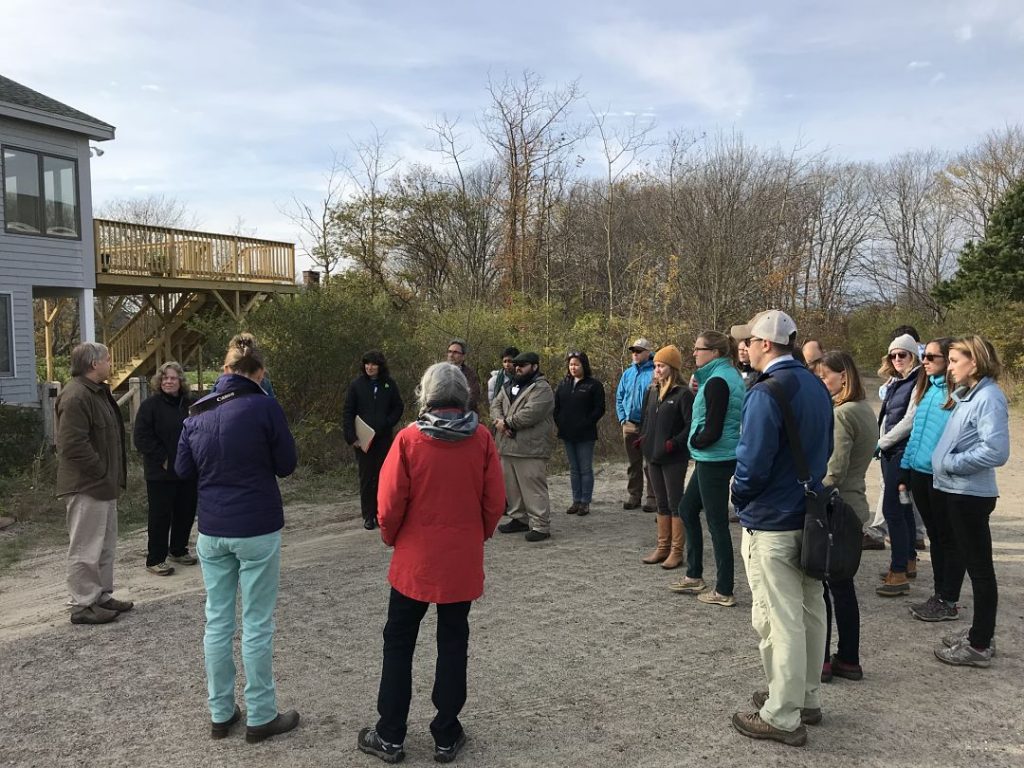 The group learned about adaptation-related efforts in Wells, Maine, from the Town Engineer/Planner, Mike Livingston