This award comprises two distinct project activities. The first activity was to generate an “Areas of Mitigation Interest” data set for the 13 communities in Rockingham County and four communities in Strafford County that are within the footprint of the NH Coastal Mapping project. The data are being developed based on accessing existing statewide, regional, and community data sets, as well as collecting current localized knowledge from community officials The data for the 4 Strafford County communities are complete, were incorporated in the FEMA Flood Risk Database submitted to Map Service Center in the spring of 2016, and will become available shortly. Data for Rockingham County are in progress. The second activity was conducting “Discovery” in the 13 communities in Rockingham, Strafford, and Carroll Counties that are part of the Piscataqua/Salmon Falls Basin but outside of the footprint of the NH Coastal Mapping project. The goal of this effort was to work closely with the individual communities to help identify areas at risk for flooding and possible solutions for reducing that risk. New Zone A (approximate) flood zone boundaries will be generated as part of this effort and will be compared to the effective data. This information, along with additional input provided by the project communities, will be used to determine priorities for future floodplain mapping.

Return to all projects
 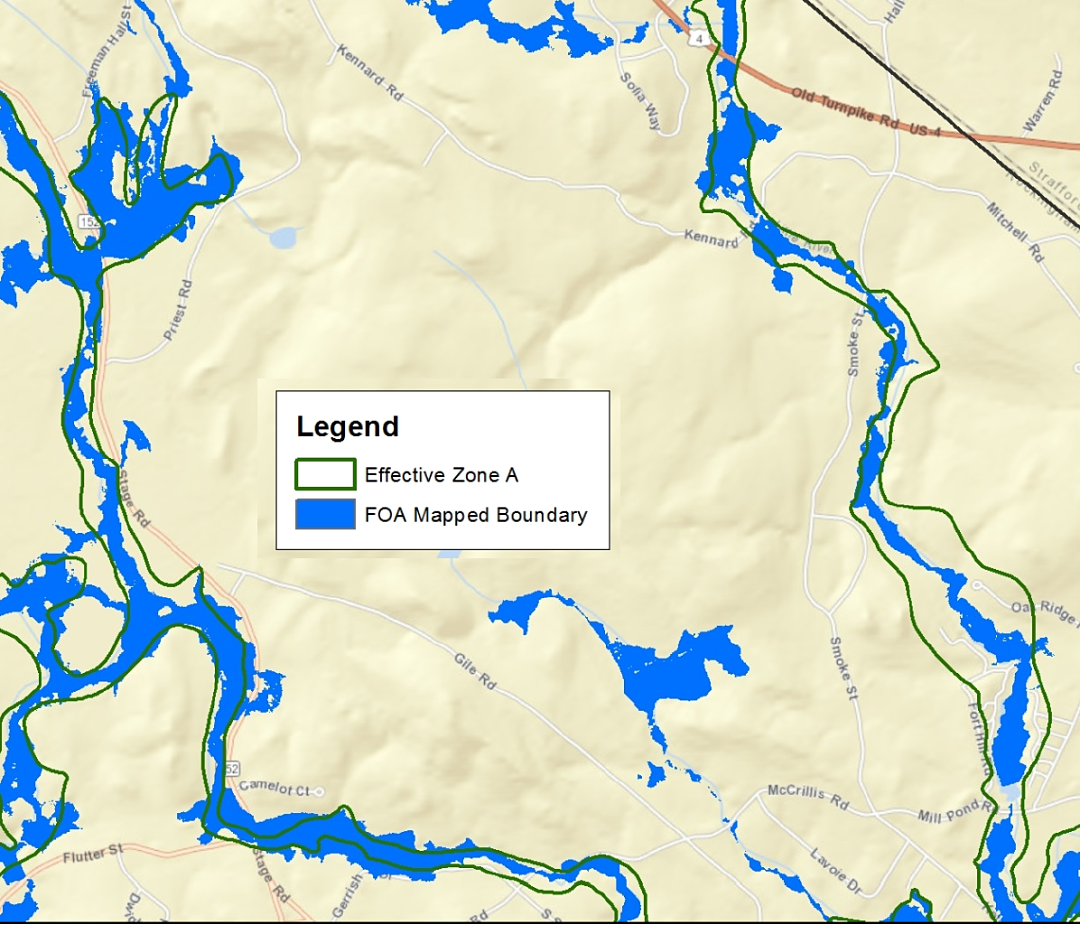